PA Wine Land as we know it is only about 50 years old, but its roots were planted more than three hundred years ago when William Penn cultivated the state’s first vineyard in what is now Philadelphia’s Fairmount Park. 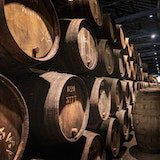 The Harmonists, a German religious sect, bring commercial winemaking to the SouthWest region of Pennsylvania. Their 30,000 gallon arched stone cellar is still there today in Ambridge, PA. 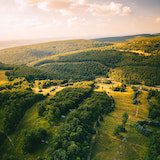 Winemaking is happening in all of Pennsylvania’s 67 counties. The Pennsylvania Liquor Control Board (PLCB) is founded. Commercial wine production resumes, but only state-operated stores can sell it. 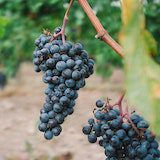 The Limited Winery Act goes into effect, permitting wineries to make up to 50,000 gallons of wine using Pennsylvania grown fruit, and to sell their wine directly to the public, hotels, restaurants, clubs, and the PLCB. 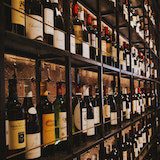 The industry has grown to nearly 300 licensed wineries, producing more than two million gallons of wine each year (that’s more than 10 million bottles!).