Cadenza Vineyards is the realization of a nearly two-decade long dream. When he first came to the Brogue, winemaker Carl Helrich was in awe of this place. The soils. The slopes. The rocks. The vines. He dreamed of establishing a special vineyard here with rootstocks that matched the soils and scions that synthesized the terroir.

In 2015 we started to make this dream a reality with the planting of 5.5 acres of Merlot, Cabernet Franc, Petit Verdot and Chardonnay at a density of 1,895 vines per acre (nearly unheard of in Pennsylvania). Then, in 2016 we added 3 acres of Sauvignon Blanc, Viogner, Semillon, and Albarino. Our first harvest of reds was in 2017, and the first whites were harvested in 2018. These plantings join the original blocks of Cabernet Sauvignon and Chardonnay planted in 1973. The first wines were released under our our Cadenza Vineyards label in 2017. 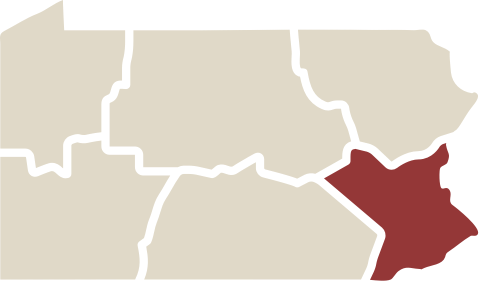